On August 18, Darlington 1883 will play its first game in The Northern League, marking an end to a tumultuous year which started with Darlington FC going into administration on January 3.

The journey from administration to becoming Darlington 1883 has been complex, but eight months since the saga began, the efforts of the Darlington Football Club Rescue Group in the early days of the saga have resulted in the new club starting the season with the ability to pay its own way, having a clear plan for its future growth.

Andrew Cawkwell, Head of the Special Situations Team at leading commercial law firm Muckle LLP, advised Darlington Football Club Rescue Group and latterly Darlington Football Club 1883 Limited on its efforts to save the club.  He got involved after Darlington MP Jenny Chapman invited him to attend a meeting of concerned local business people and fans who wanted to find a strategy for its rescue.

Following that meeting the Darlington Football Club Rescue Group was born, and Andrew got to work with his colleagues within the Group looking at ways to help the administrator to carry on running the club, providing support and assistance to him and in identifying opportunities to sell the club to third party commercial bidders, so it could be taken out of administration.

The Administrator, Harvey Madden, wanted to sell the business within 14 days, which meant the pressure was on, as the deadline for finding a buyer was January 18.

Without any commercial bidders coming forward, the Darlington Football Club Rescue Group decided to hand £50,000 over to the administrator on January 18. Half of this was provided by the stadium owners and half was raised by the fans.  This was a last minute bid to buy some time and keep the business trading.

The Rescue Group then formed a newly incorporated company – Darlington Football Club 1883 Ltd. The new business was formed specifically to buy Darlington FC’s business and assets. The Group then began looking for ways to raise much needed capital to help secure the new club’s future.

Working with an online crowd funded company, Darlington Football Club 1883 Limited set up an online platform to encourage fans to invest in the new company.

“It was a novel way of raising business finance,” Andrew explained. “We put up a pitch online, so people could invest in Darlington Football Club 1883 Ltd and through that we raised a huge amount very quickly – £335,000 in 14 days. It was this fans’ initiative that put us in a position to take the business forward.”

When the exchange of contracts occurred on February 15, the new Darlington Football Club 1883 Ltd had exclusivity to complete the transaction on or before April 30, giving it time to complete financial due diligence, organise the lease of the stadium and complete the application to transfer the rights to play football with the Football League.

One of the most complex aspects of the work was transferring the licence to play football so the new club could continue to play in the League. The Football League rules state that the shareholder of the club which holds the membership must give permission to transfer it to another company.

To maintain the club’s standing in the Football League, the ‘old’ club also had to exit the administration into a Company Voluntary Arrangement (CVA) and pay all creditors.

“It became impossible to find a way to resolve the issues over the Football League membership and satisfy the CVA before April 30 – which was the deadline for completing the deal. It was a very difficult time. Saving the club became uncertain,” Andrew explained. However, a compromise was found and the deal completed three days later on May 3. The terms of the deal meant that there was a ‘continuation’ of the old club.

“If you can imagine the days that preceded that – it really was touch and go. But the transaction was completed and we now have a community owned football club,” Andrew said.

As well as setting up the Darlington Football Club 1883 Ltd, Andrew and his colleagues have also set up a Community Interest Company (CIC) called 1883 CIC with 350 founder members.

“The CIC and the football club run side by side – it’s designed to be a symbiotic relationship, whereby they each benefit,” Andrew explained. “The CIC aims to provide social benefit to the community, which will in turn lead to the promotion of the football club by building its standing in the community. The CIC can also attract third sector funding.”

Safeguarding the new club was a key part of Darlington Football Club 1883′s plans, which is why a bespoke constitution was designed.

Andrew explained: “We wanted to safeguard the club, which is why we designed this bespoke constitution. We have also encouraged the fans groups to focus their efforts in the CIC. The CIC could, in the passage of time be the outright owner of the football club. The idea is that the CIC purchases equity over a period of time to achieve a greater level of control.”

Darlington 1883 has also moved away from the 25,000 seat stadium in Darlington and is ground sharing with Bishop Auckland this season.

“We needed to rationalise the business,” Andrew explained. “Part of Darlington FC’s story was the stadium which was not appropriate for its needs. The new club shares a ground which is more appropriate, so it can pay its way.”

The club is set to be a giant in the Northern League. Pre-season friendlies have attracted up to 700 supporters – double the amount of people usually in attendance at Northern League games.

‘Top of the league’ rescue team

Of the work rescuing Darlington Football Club, Andrew said: “This was completely different to my usual work. It was a very fluid, emotionally charged situation. The fans and other stakeholders were very emotional about the club – so it wasn’t like dealing with other businesses where decisions are made on a purely commercial basis.

“On top of that we had to manage the many, disparate stakeholder groups involved. Hours were spent on the phone speaking to different people, managing their expectations and listening to their views. From that point of view, it was a great challenge, and I enjoyed this project and the end result is the best possible outcome for the future of the club, the fans and Darlington.”

Jenny Chapman MP for Darlington was closely involved in the work to save the football club. She said: “Helping the Football Club continue to play its key role for Darlington has challenged the resourcefulness of all those involved. The willingness of Andrew and Muckle LLP to get involved and find positive solutions has been invaluable.”

“The rescue of the Quakers took more than six months and tested both my own and their skills on many occasions. I am delighted to have been involved in rescuing this historic football club and through ongoing work to place it at the heart of the community, making it financially sustainable for generations to come.”

For more information, help or advice on business in Special Situations please contact Andrew Cawkwell on 0191 211 7957 or email [email protected]. 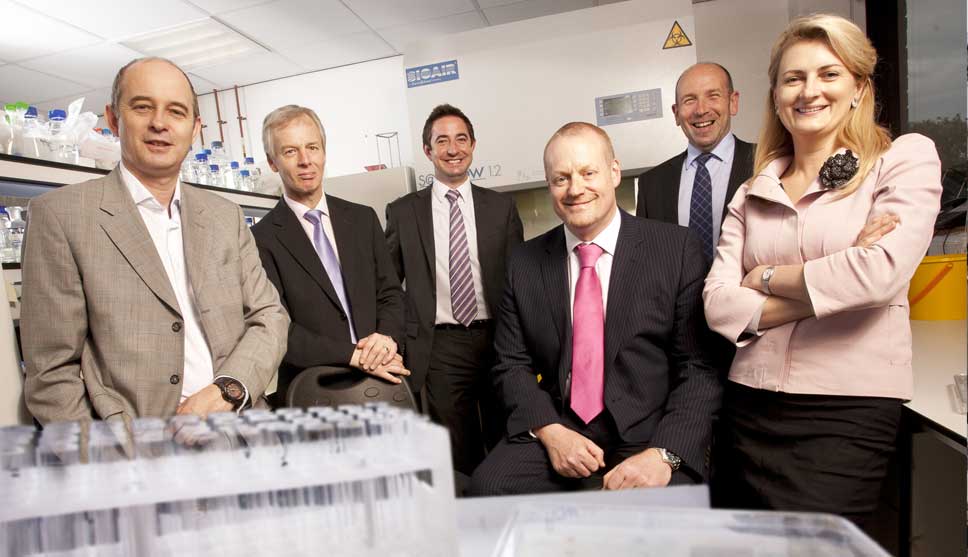 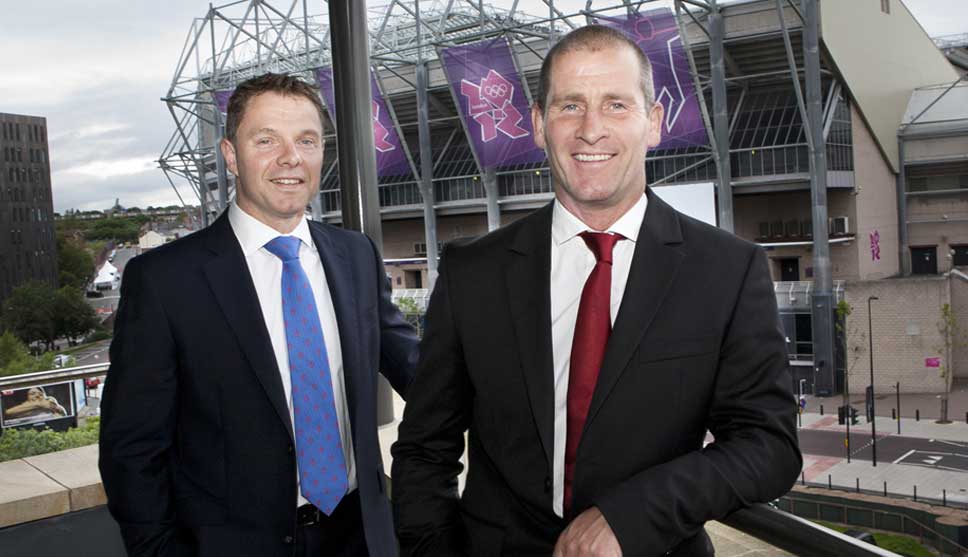 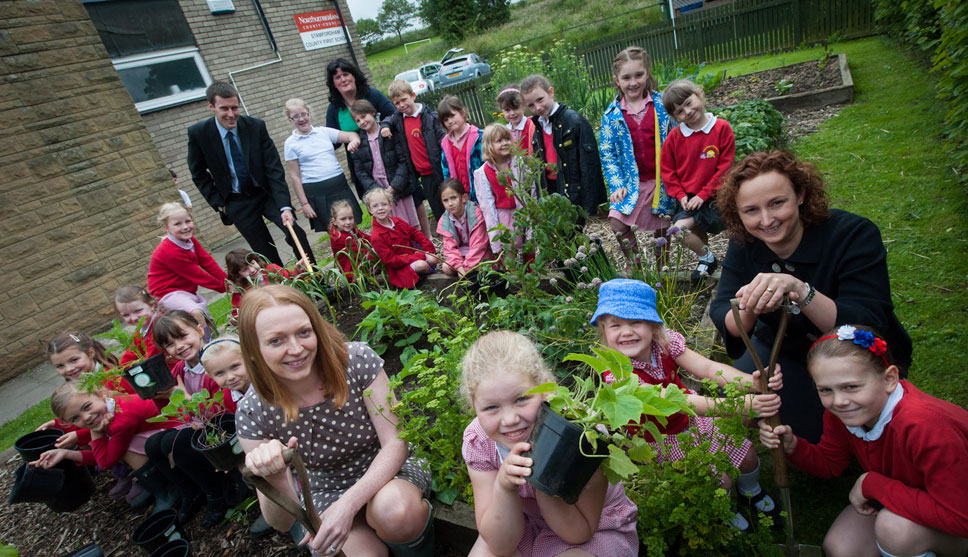 Muckle LLP Lead the Way in Local Carbon Savings Scheme
17th Jul 2012 | Education
Straight to your inbox
Stay up to date with the latest news and legal issues affecting your business.
This website uses cookies to ensure that you have the best experience. Read our Privacy Policy for more information.