George graduated with a first-class mastersâ€™ degree in Law at Northumbria University in 2016 shortly before accepting a training contract with Muckle LLP. During his time at Muckle, George has worked in the Dispute Resolution, Corporate, Construction & Engineering, Real Estate and Debt Recovery departments of Muckle LLP making him competent in multiple fields.

George completed his first seat in our Real Estate team, where he supported many non-contentious matters. His second seat was in the Commercial team, advising on a wide range of legal matters including charity incorporation, data protection and drafting commercial contracts. He even advised on how Brexit might affect professional sports teams.

George has now returned to Real Estate, where he expects to build on many of the skills he gained previously and support the team in as many areas as possible.

Outside of his legal role, George is a big part of our BEAM (Being Engaged At Muckle) team and uses his five years’ leisure industry experience, gained before he joined Muckle, to help organise our social events. An avid music fan, George has seen some of the biggest bands of all time and attends a gig almost every month. 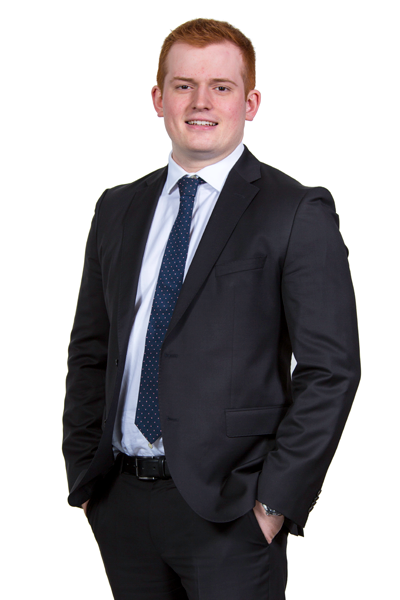