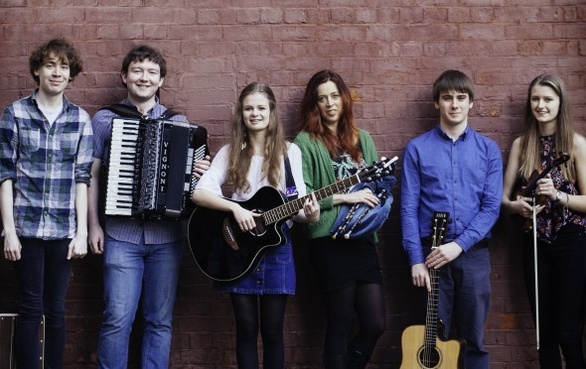 We are proud to be sponsoring an exciting evening at the Sage, Gateshead. Magnetic North East’s grand launch concert, on 4 November, will kick start their goal to celebrate the region’s music, arts and heritage.

Magnetic North East is a not-for-profit company set up by Kathryn Tickell, world famous Northumbrian smallpipes player, and Andrew Davison, Deputy Piper to His Grace the Duke of Northumberland.  Muckle LLP helped set up the organisation, which will shine the spotlight on the region’s rich cultural identity.

Pride in the North East is important to Muckle LLP, with over 100 years’ history in the region. Stephen McNicol, Client and Strategic Development Partner, said: “We are delighted to support the launch of Magnetic North East and to help promote the region.”

Co-founder Andrew, who is also Chairman of the Northumbrian Pipers’ Society and a partner at Muckle LLP, said: “Countries such as Scotland, Ireland and Wales are defined by their heritage and we want pride in our region’s traditions to be just as celebrated.

“There is a place in modern life for traditional instruments such as the Northumbrian smallpipes, the fiddle and the tin whistle. This launch concert aims to show just that with an eclectic mix of performers across a broad artistic spectrum that’s intrinsically linked to the region.”

The concert, which will take place in Sage One, will offer something for everyone. New music, world premieres and unexpected collaborations will play out alongside the traditional sound of the North East’s own instrument, the Northumbrian smallpipes.  Download the event poster here.

In addition to Kathryn, the line-up of guests includes Paul Smith, from Maximo Park, The Baghdaddies, Newcastle Kingsmen Sword Dancers and Superfolkus – a band of young folk musicians mentored by Kathryn. There will also be a world premiere of ‘Song Of The Tyne’, by award-winning author David Almond. It will be set to music by Kathryn and performed by local primary school children.

“I can’t wait for the concert – there are so many great people coming to perform for us and some very interesting new collaborations.” said Kathryn.

Tickets for the concert cost £17.20 and can be bought directly from the Sage.

The Northumbrian Scribes will be doing calligraphy demonstrations on the concourse before the event, and you can have a go at playing the Northumbrian smallpipes.

The shape of things to come

Beyond the launch concert, Magnetic North East will act as a gateway for people to access the region’s cultural heritage. Through the website, people will be able to find Northumbrian pipers and ceilidh bands in the region available for hire. This service will soon expand to other traditional art forms such as fiddle players, clog dancers, calligraphers and much more.

There is also the opportunity to commission local composers to write a tune for a special event. And Magnetic North East will offer workshops to young people on how to play traditional musical instruments.

Go to www.magneticnortheast.com to learn more.